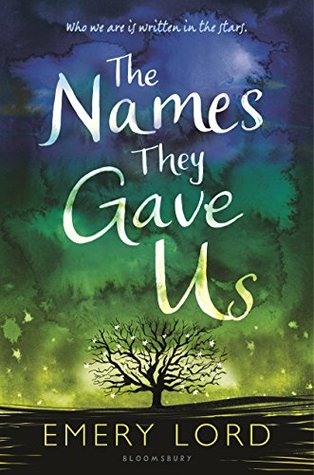 Lucy Hansson was ready for a perfect summer with her boyfriend, working at her childhood Bible camp on the lake and spending quality time with her parents. But when her mom’s cancer reappears, Lucy falters-in her faith and in her ability to cope. When her boyfriend “pauses” their relationship and her summer job switches to a different camp-one for troubled kids-Lucy isn’t sure how much more she can handle. Attempting to accept a new normal, Lucy slowly regains footing among her vibrant, diverse coworkers, Sundays with her mom, and a crush on a fellow counselor. But when long-hidden family secrets emerge, can Lucy set aside her problems and discover what grace really means?

Emotionally charged and unforgettable, Emery Lord’s storytelling shines with the promise of new love and true friendship, even in the face of life’s biggest challenges.

I’m going to apologize before I start this review because it might be a little scattered. I had a hard time reconciling my thoughts and feelings after reading The Names They Gave Us. On one hand, I loved what Lucy discovered about her faith and the world around her in this book. On the other hand, this book might have tried to accomplish too much.

Religion and faith make up a huge part of this book. That wasn’t a problem for me. I grew up going to church. I’m not part of organized religion now, but I do have my own personal beliefs and faith that was shaped by my early years in church. Even though I wasn’t as religious as Lucy was growing up, I found myself identifying with some of the teenage questioning of her faith. I liked the way her doubts and confusion regarding certain decisions were portrayed. At times, I did feel like Lucy’s faith felt overly dramatic or built up, but then I had to remind myself that Lucy’s experiences may be another reader’s, even if they weren’t mine. Overall, I really liked the message this book sent.

As for the accomplishing too much…This will sound bad, but there might have been too much diversity and too many issues included. I know, how can I say that when everyone is crying for more diverse books these days? While I applaud Emery Lord for trying to include someone from every walk of life in this book, it felt forced in the time span of a summer. It was overwhelming for both Lucy and me. There just wasn’t enough time to devote to every separate person or issue.

One more thing I need to talk about is the ending of this book. It left me reeling. And crying. Yes, crying. It was perfectly imperfect. I wasn’t exactly happy with it, but I got it. I just needed more. I was disappointed that I didn’t get more. You’ll understand if you read this book.

Overall, I enjoyed reading The Names They Gave Us. I was immediately immersed in Emery Lord’s writing, and I couldn’t wait to find out how things would turn out for Lucy. I loved Lucy and Jones’ new found relationship, and all the friendships she made. The Names They Gave Us felt relevant and important to today’s teens, even in moments that felt like too much.

Title: Kissed By a Cowboy

Cassidy was looking for a home and a place to belong . . . not for a cowboy to steal her heart.

Having lived through her parents’ endless string of “matrimonial bliss gone wrong,” Cassidy Starr knows when the odds are not in her favor. Divorced and humiliated, her faith on rocky ground, Cassidy is through with love. She’s been bucked off that horse far too many times. Instead, she returns to Wishing Springs, Texas, and the rundown farm she’s inherited from her great aunt Roxie. She’ll reopen the strawberry farm and a bed & breakfast and follow in her aunt’s footsteps, remaining forever-independent, happy . . . and single.

Rancher Jarrod Monahan’s hands are full running the ranch, looking after his ailing grandfather, and chasing down a group of rustlers on the loose. He’s pushed his longing for a family to the bottom of his list of priorities. Besides, he was in love once but ran scared and lost his shot at happiness. But suddenly, the biggest regret of his life has moved in next door with a wounded heart, determined to become a spinster… and that’s a challenge that Jarrod can’t pass up.

Jarrod sets his mind to breaking down the walls around Cassidy’s stubborn heart. How can he show her that a cowboy’s kiss lasts forever? For the good folks of Wishing Springs, falling in love has never been so much fun to witness.

First off, I have to admit that I had no idea this was a Christian Fiction romance the entire time I read Kissed By a Cowboy. I honestly thought it was just a contemporary romance. It wasn’t until I went to add the genre and looked at Goodreads that I became aware of that fact. (This explains the no sex! Haha!) There were a couple references to God, but nothing that really stood out or made me think it would have been Christian Fiction. I found it to be a cute and funny contemporary romance. There was even a little mystery and suspense.

Cassidy and Jarrod’s push-pull relationship was really humorous. I found myself laughing several times. I loved the tension between them and the way they wanted to help each other. I also loved their friends and family.

There were a couple of things that hampered my enjoyment of Kissed By A Cowboy, though. It was such a slow-burn romance that I never really got to see Jarrod and Cassidy as a couple. I got a little bored toward the end waiting for Cassidy to come to her senses. I would have liked to have seen how their actual relationship progressed. I don’t really want to give anything away, but I was a little surprised at how quickly things came together for them in the end — especially with 300+ pages of Cassidy fighting her feelings. It wasn’t really believable to me, but I guess that’s the magic of storytelling. 😉

I also found the side romance of Pebble and Rand distracting. I could understand why the author included it for the newspaper story, but it wasn’t interesting enough of a story for me to care about it.

So while I enjoyed Kissed By a Cowboy, I just wanted a little more from it. I would still recommend it to contemporary romance and Christian romance readers who like a sweet love story with a little mystery added in.

**I received a copy of Kissed By a Cowboy from a Goodreads First Reads Giveaway in exchange for an honest review.