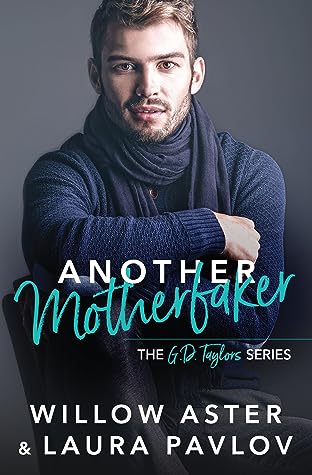 Cosette…
It’s time for a fresh start.
Out with the old and in with the new.
Except none of it is real.
Or it isn’t supposed to be.
My fake boyfriend happens to be the best relationship I’ve ever had.
And don’t even get me started on his dark eyes that I swear can see straight into my soul.
The way he makes me feel … everything about Caden Taylor is unexpected.

Caden…
I steer clear of relationships.
Especially the messy ones.
I keep things simple, and it works for me.
Until I agree to help out Cosette Dubois by pretending to date her.
The most beautiful woman I’ve ever seen.
Kind and sweet and smart and talented.
Fake boyfriend … no problem.
I’m a giver that way.
Throw in a crazy ex, a Botox-injected mother who hates me, a snaggletoothed dog who can turn on a dime, and a woman I can’t stop thinking about.
Messy has never looked better.

How does this series keep getting better and better? Aster and Pavlov keep upping the fun, the funny, the cuteness, the everything. I have given the past two books in this series 5 stars, I gave this book 5 stars, and I will keep giving this series 5 stars if it they keep doing what they’re doing. I laughed so many times I lost track.

If you like fake dating, this book has a great romance surrounding this trope. Caden has been smitten with Cosette since their companies started working together. He jumps on the chance to play fake boyfriend to her when she needs a buffer against her ex-boyfriend. The attraction and chemistry between Caden and Cosette was palpable, but what was even more pleasing was their emotional connection and the sweetness between them. I was there for every minute of it.

While Cosette and Caden’s relationship shined, I hate to admit they were upstaged a little by Louie. That dog was something. I don’t want to give his part away, but he was hilarious. Louie combined with Cosette’s villainous mom was something special. He might be my new favorite pet in a book.

Another Motherfaker didn’t stiff me on moments with the rest of the G.D. Taylors either. There were plenty of moments for them to be involved with. Even Maya’s mom made an appearance. I loved how they all contributed to Cosette and Caden’s story.

This was just one of those entertaining reads that made me feel happy. I couldn’t get enough of Cosette and Caden, the Taylor family, and little Louie. As far as third books in a series go, this one kept things rolling and made me excited that there are still two more books to come. I can’t get them in my grabby hands soon enough.