A couple of years ago, I went to a book signing in Seattle. Jay Crownover was one of the authors who I knew would be there, so I picked up her book Leveled an read it. It took me a couple of years to return to her books. I don’t know why. I started with the rest of the Saints of Denver series and loved it so much I knew I had to go back to read the Marked Men series. I finally did and here are my mini reviews for each book. 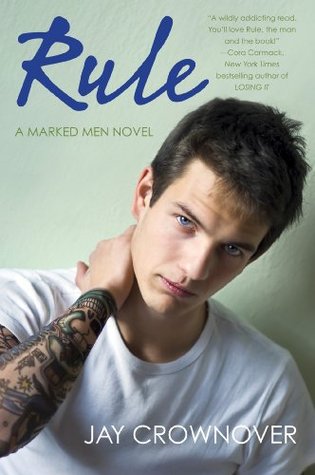 Why did I wait so long to read this series? If all of the books are this good, I’m going to be so mad at myself! I loved Rule and Shaw. Their chemistry was electric whether they were enemies or lovers. I loved Shaw’s strong, steady support of Rule when it came to his family. I loved what Rule learned about Shaw throughout the book. What I didn’t love was all the examples of Rule’s previous womanizing ways. It wasn’t that bad, but I could have done without the initial introduction to it. I guess it made sense for the story, though. Overall, a great start to the series.

Jet was your typical rocker on the outside. He was tattooed, pierced, and had women hanging all over him. Jet was anything but the typical rocker on the outside. The dude shied away from the spotlight and was really a one woman guy. That woman just happened to be college student Ayden. Ayden is not looking for a bad boy rocker. She’s trying to keep her life on the straight and narrow. Jet doesn’t fit that picture, but their chemistry says differently. I liked Jet and Ayden. The outside of their relationship was hard and gritty. The inside was sweet. This was another strong romance by Crownover. 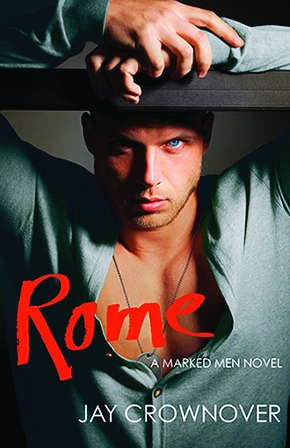 After reading Rule and Jet, I was dying to read Rome and Cora’s story. Their story was my favorite so far in this series. I loved how tiny punk rock Cora brought big ex-soldier Rome to his knees. It was such a sweet story of healing. Things moved pretty quickly between them, but it didn’t feel like insta-love. It felt natural. My only complaint as that it didn’t really feel like Cora and Rome got an ending. The end of this book mostly set up for Nash. 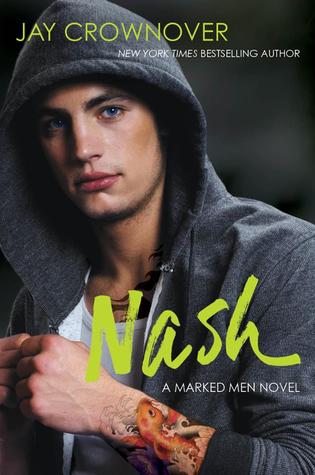 Nash is my least favorite book in this series. I loved Nash and his story, but Saint annoyed the crap out of me. I get what Jay Crownover was doing with her character, but it got really hard to read at times. Nash was the only reason I liked this book at all. 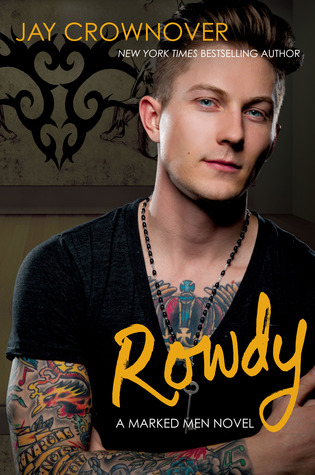 Rowdy and Salem are tied with Cora and Rome for my favorite Marked Men couple. I was super excited to read their book because I did things backward and read the Saints of Denver series first. The fourth book in that series has ties to this one, and I loved getting parts of the story I didn’t know. Plus, Rowdy and Salem are just too perfect together. 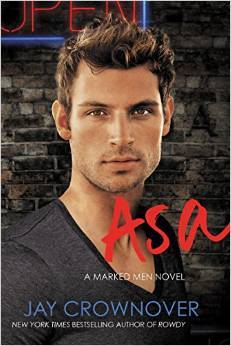 Rowdy was a really hard book to follow up. Asa wasn’t exactly my favorite character, but he had grown on my over the series. I liked his reformed bad guy to Royal’s cop. Royal was also not necessarily my favorite character, but as I got to understand her thoughts I liked her more. Overall, this was a good addition to the series and it would have gotten me excited to continue onto the next series if I hadn’t already read it.