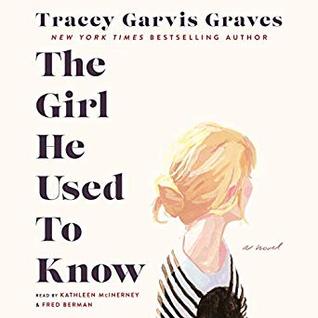 Annika (rhymes with Monica) Rose is an English major at the University of Illinois. Anxious in social situations where she finds most people’s behavior confusing, she’d rather be surrounded by the order and discipline of books or the quiet solitude of playing chess.

Jonathan Hoffman joined the chess club and lost his first game–and his heart–to the shy and awkward, yet brilliant and beautiful Annika. He admires her ability to be true to herself, quirks and all, and accepts the challenges involved in pursuing a relationship with her. Jonathan and Annika bring out the best in each other, finding the confidence and courage within themselves to plan a future together. What follows is a tumultuous yet tender love affair that withstands everything except the unforeseen tragedy that forces them apart, shattering their connection and leaving them to navigate their lives alone.

Now, a decade later, fate reunites Annika and Jonathan in Chicago. She’s living the life she wanted as a librarian. He’s a Wall Street whiz, recovering from a divorce and seeking a fresh start. The attraction and strong feelings they once shared are instantly rekindled, but until they confront the fears and anxieties that drove them apart, their second chance will end before it truly begins.

The Girl He Used to Know was one of those books I wanted to read but didn’t really see myself getting to any time soon. After reading some great reviews for it, I decided to request the audiobook version so that I could fit it into my reading schedule faster. I’m happy I did that because I enjoyed listening to it.

The way this story told made it perfect for audio. Both Annika and Jonathan had their own points of view. Annika’s was set in both her 1990’s college years and 2001, but Jonathan’s was only in 2001. I liked that because of the way the story was set up and how the revelations were given. I think limiting Jonathan’s POV gave Annika’s more depth. It just worked so well.

Another great thing about the audio was the narrators. The narrators of The Girl He Used to Know were fantastic! Fred Berman embodied the calm Jonathan well. He (along with the author) gave him a tenderness that I loved. I was especially impressed with Kathleen McInerney as Annika. I couldn’t imagine Annika read any other way. She took on every essence of the character and made her feel like a real person.

As for the story itself, I liked it a lot. Annika was on the autism spectrum. The way her thoughts, emotions, and reactions were processed was interesting and a learning experience in a way. I loved seeing how she related to people and relationships with them. Her relationship with Jonathan fascinated me. I was even more interested in how Jonathan reacted to things she did and didn’t do. I loved that he loved her for the things that made her Annika. It was such a sweet love story with so many surprises.

The thing that surprised me the most about The Girl He Used to Know didn’t really have anything to do with the relationships of this book. This book has a 2001 setting. I didn’t really connect that to September 11th when I started reading. That horrible date in history and the days after are featured toward the end of this book. It might be too much or too soon for some readers. For me, having lived through that time and remembering it now, it was a little hard. It brought back waiting to hear from my close friend who was a United Airlines flight attendant at the time and my husband (then fiancé) who was in Pennsylvania not too far from where the plane went down there. Those worries and disbelief of what was happening being replayed in my head was a little jarring.  It was also fascinating because I felt like the author gave a different look at the topic than some of the other books I’ve read who have broached that time frame. It was uncomfortable, but also something I respected the author for going there and bringing back into focus what people went through at that time in history (like how books do with WWII). It’s important to remember.

Overall, I found The Girl He Used to Know to be an emotional and unique listening experience. I would definitely recommend it.

17 thoughts on “Review: The Girl He Used to Know (Tracey Garvis Graves)”