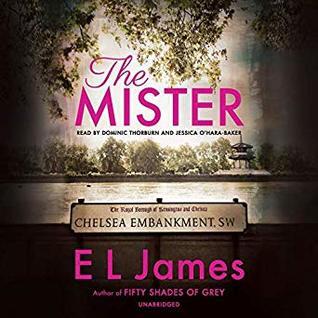 London, 2019. Life has been easy for Maxim Trevelyan. With his good looks, aristocratic connections, and money, he’s never had to work and he’s rarely slept alone. But all that changes when tragedy strikes and Maxim inherits his family’s noble title, wealth, and estates, and all the responsibility that entails. It’s a role he’s not prepared for and one that he struggles to face.

But his biggest challenge is fighting his desire for an unexpected, enigmatic young woman who’s recently arrived in England, possessing little more than a dangerous and troublesome past.  Reticent, beautiful, and musically gifted, she’s an alluring mystery, and Maxim’s longing for her deepens into a passion that he’s never experienced and dares not name. Just who is Alessia Demachi? Can Maxim protect her from the malevolence that threatens her? And what will she do when she learns that he’s been hiding secrets of his own?

From the heart of London through wild, rural Cornwall to the bleak, forbidding beauty of the Balkans, The Mister is a roller-coaster ride of danger and desire that leaves the reader breathless to the very last page.

So… The Mister… You may wonder what made me want to read this book. To be honest, I was interested in what would come next for author E.L. James. I am one of the people who hopped on the 50 Shades hype back in the day and read all three books plus Grey. I actually liked the first three books. Grey not so much, but that’s okay. I wasn’t sure where E.L. James would go after that and Grey left me doubting whether or not I would like what was next. I did, for the most part.

If you’re wondering if E.L. James’ writing has changed much since her début series, the answer is no. It has exactly the same feel, so if it wasn’t for you then it wouldn’t be for you now. I didn’t find it to be a big deal because I didn’t expect anything else. She had a couple of different tenses going on in The Mister, so that took a while to get used to. Maxim’s POV was in first person while Alessia’s was in third person. By the end, I actually liked that. I think it helped that both of the narrators did a great job narrating their parts.

As for the actual story, I had to admit that I wasn’t immediately into it. It’s all Maxim’s fault. Dude was a manwhore. I don’t particularly like reading about a hero’s exploits with other women, so that made it hard to like Maxim at first. I kind of got the Caroline thing because it had to do with one part of the plot, but still…

Once Alessia was in the picture, it was easier to like Maxim. He seemed more authentic and like a better guy with her. Their relationship was way too insta-love, but I did find it to be cute. Of course, this is E.L. James’ book, so it was sexy as well. Not like 50 Shades, though. It was a more subtly sexy romance. Alessia and Maxim’s relationship would be considered vanilla to Christian Grey.

What really pulled me into the story and kept me reading wasn’t the romance. It was actually Alessia’s character and her past. It was mysterious and I liked how it unfolded. The dangers she faced made for an exciting plot. I also liked learning about her life in Albania and the differences between life in London.

Besides Maxim’s womanizing ways and the insta-love thing, my only other complaint would be about the ending. I couldn’t tell if this was the end for Maxim and Alessia or not. Things felt both concluded and open-ended — like there could maybe be more to come… or not? Personally, I was curious as to what might come next. I could have used an epilogue or maybe 2 more chapters. That’s what makes me think E.L. James might have a second book up her sleeves. I guess we’ll see.

Overall, I found The Mister to be an entertaining read. It wasn’t my favorite book, but it kept my interest and I ended up liking the characters.