Lately, I’ve been searching for series that have a similar feel to Tijan’s Fallen Crest High. I miss the emotion and drama of that series. One of the series that popped up when I went looking was Broken Hill High. Since it was available on KU, I decided to give it a try. 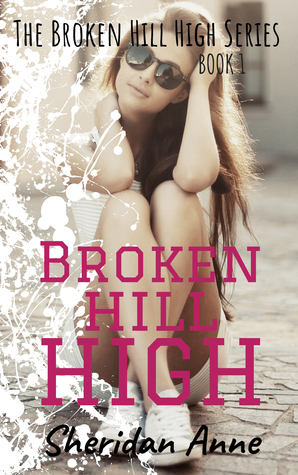 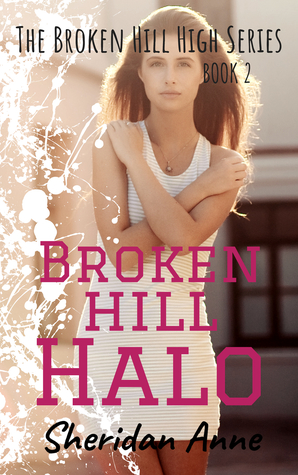 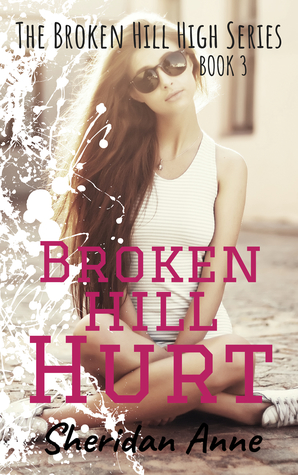 Broken Hill High is the first book in the series. It starts when Tora is a senior in high school. Her parents have left the country to take care of her ill grandmother, and while they’re gone Tora is forced to stay with her parents’ friends. Tora is not excited to stay with these friends because they have two sons who hate her. Nate, another senior, is particularly mean to her. You know what they say about boys who bully girls, though. It turns out there’s a very fine line between love and hate for Nate. Soon Tora’s dating the bad boy of Broken Hill High, and life starts to get even crazier. All of the attention has the people who would like to take Nate down gunning for Tora.

I thought this series started out pretty strongly. I liked Tora. I even liked Nate. The beginning of relationship was actually pretty sweet. That sweetness combined with all the over the top drama was a lot of fun.

Broken Hill Halo is really just more of Broken Hill High. Tora loves being Nate’s girlfriend despite all of the drama that brings. Instead of being meek like she was when Nate tormented her, Tora’s learning to stand up for herself. Being with Nate has given her courage. Instead of standing by and watching, she’s dealing out her own wrath. Tora’s changing in little ways in this book. Some of them I liked, others I didn’t.

Things begin to take a turn for Tora in Broken Hill Hurt. The ramifications of her actions have started piling up. Her parents aren’t so sure Nate is the best influence. Tora’s determined to prove to them that he is. The problem is that Nate agrees with them. Now, Tora has to learn how to deal with everything crashing down around her.

Things have turned toxic pretty quickly for Tora. I felt badly for her, but I actually agreed with her parents. I had respect for Nate. I got what everyone was trying to do and point out to her. 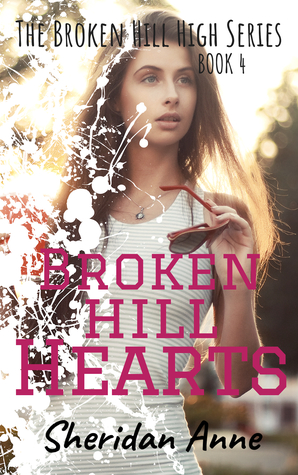 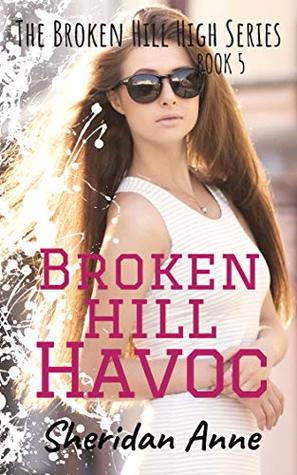 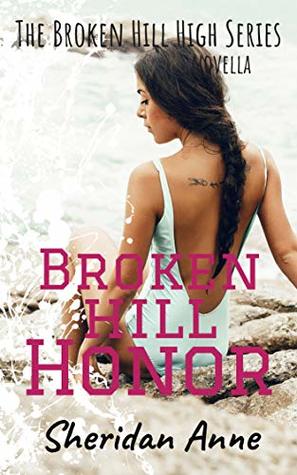 In Broken Hill Hearts, Tora is still learning to live without Nate. He’s there, but he’s not. Tora is determined to make Nate see the errors of his ways. It’s hard when she can’t stay out of trouble or drama, but she’s going to do it. I still felt bad for Tora, but I liked the direction she was headed with this one. I felt like she really grew a spine and figured out what she needed to do for everything in her life to work itself out.

Broken Hill Havoc begins a new chapter in Tora’s life. She’s left Broken Hill High behind and is now at Broken Hill University. The setting may be different, but the drama is still abundant. Tora and Nate have settled into their relationship. It’s not so up and down. That’s okay because Tora’s relationship with Brooke is. Honestly, I couldn’t stand that girl and how she didn’t believe Tora. That was the most frustrating part of this book. I did like how all of the storylines wrapped up. It was also interesting to get a chapter in Nate’s POV. It makes me excited for Broken Hill Honor.

Broken Hill Honor was a novella in mostly Nate’s POV. It was cute and sweet. It wrapped up this series in a great way.

Broken Hill High is a dramatic series filled with over the top teenage drama. There is fighting, love, sex, partying, violence, and relationship troubles. I would classify it as NA romance or very mature YA romance based on the amount of sex and partying involved. Many of the scenes require maturity to read and process.

I liked that the main character, Tora, who start off as quieter, weaker girl and blossomed into a strong young women. Sometimes I wanted to roll my eyes at her actions and reactions, but I did feel like she reacted like a 17-year-old would react. Her relationship with Nate throughout the books progressed well. I liked the ups and downs of it.

Nate was the classic bad boy who ruled the school. He had nasty habits and was a jerk, but he also had redeeming qualities. He was extremely loyal. Once Tora was his, he was incredibly sweet to her. Nate would have done anything to ensure Tora’s safety. I didn’t always love his choices, but I wasn’t supposed it.

Honestly, I wasn’t a big fan of Tora’s friends. They were just kind of there and added a little to the drama. I did really love Nate’s brother Jesse, though. He was a ton of fun. I liked his friendship with Tora. Puck was also another fun friend of Nate’s.

What this book was missing from this series, in my opinion, was emotion. There was emotion written in the book, but I didn’t always feel it myself. I wasn’t consumed by Tora’s feelings. I felt for her not with her. I wanted to feel with her. That’s the only way I can think of explaining it.

Broken Hill High was a fun series to read, but I wasn’t in love with it. I did appreciate how addictive it was, and I think readers who like books with a lot of drama will enjoy it.