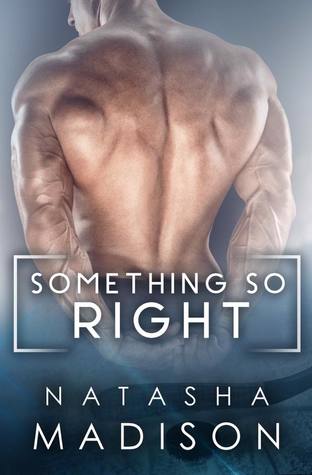 The moment everything changed didn’t happen in that cliché rockets-red-glare kind of way, it happened in the form of a waking nightmare. I caught my husband, my high-school sweetheart, the father of my children, balls deep in a sordid affair.

That was when I gave up on men and love.

I didn’t count on the NHL’s golden boy, the beautiful, arrogant Cooper Stone turning my life and my hockey rink upside down.

My kids are why I wake up in the morning.

Hockey is what Cooper breathes for.

Parker and Cooper’s relationship started off with fireworks. I thought it was going to be an enemies to lovers story, but the enemy part didn’t last long. They went from hating each other to into each other in a moment. That wasn’t hard to believe because they had instantaneous chemistry. Parker and Cooper got each other physically and emotionally almost immediately. They had such a special connection.

Parker was a great role model for women who have loved and divorced. She did everything she could to make her kids’ lives the best they could be in a divided household. Parker put their feelings first when dealing with her ex. I thought that was very gracious of her. I loved how strong she was mentally and emotionally. She didn’t need a man, but Parker found a great one.

My biggest surprise in this book was Cooper. After seeing what a family man he was in the first two books, I wasn’t expecting the dominating personality he had. I loved the gruffness he had. His sentences and the way he spoke was really cool. Not that he still wasn’t that amazing family man. He was from the get-go. Cooper’s interactions with Parker’s kids not only stole her heart but mine as well. He made this romance in this story.

Obviously, I loved this book. A man falling for a single mom and her kids is pretty priceless. Add in Natasha Madison’s amazing writing and humor and it couldn’t have been anything but a home run. Or maybe I should say goal since this is a hockey book…

If you’re a fan of sports romances, you really must read Natasha Madison’s Something So series. You won’t regret it!