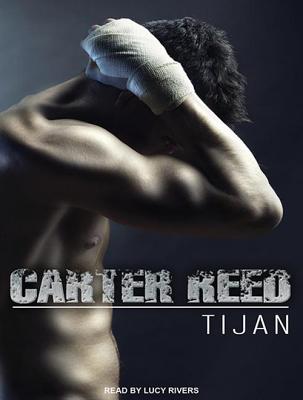 Emma decided to skip the gym and went home early. It was the last easy decision she made because she found her roommate being raped by the boyfriend. She had two choices. Call the cops and be killed by his family’s mafia connections or kill him first and hope to survive. There was no choice to her. She killed the bastard first and went to the one person who could protect her: Carter Reed. He’s a weapon for the rivaling mafia family, but he’s also Emma’s secret. Not only was he best friends with her brother, but she’s the reason he became that weapon in the first place.

I’m really shocked to be saying this, but Carter Reed was almost a DNF for me. I’m surprised because up until about two-thirds of the way in, I was wrapped up in the story. I wanted to know what was going to happen to Emma and her friends. Somewhere along the way, I lost interest.

Carter Reed started with the brutal rape of Emma’s friend and her decision to kill the rapist. Not knowing what else to do after, Emma runs to Carter Reed. With his mobster past and her childhood link to him, Carter’s the only person who can help Emma. Emma knows going to Carter will change her life, but she has no idea how much. The minute she approaches him, her chance for freedom is gone.

I feel weird saying this book started strong since it starts with a rape, but it did. It immediately grabbed my attention and made me sympathetic to Emma and her friends. The events at the beginning and everyone’s reactions to them made want to know where the story would go. I felt bad for them all, and really hoped Emma going to Carter would help them.

I enjoyed the tension between Emma and Carter, and was excited to know how their love story would play out. Sadly, Emma and Carter’s relationship never went deep enough for me to understand their love for each other. They had a combined history, but there wasn’t a non-platonic relationship between them before this story takes place. She comes to him for help, he’s super hot and instantly they’re in love. It made no sense to me. They hadn’t seen each other in years. Carter was constantly running off to take care of things. They spent so little time together. I wanted to spend more time getting to watch them fall in love.

The lack of real love story and the weird plot twists that kept popping up started to wear thin for me around that two-thirds finished that I was talking about earlier. I didn’t care enough about the characters or the story to finish it. I pushed myself to finish it so I could honestly review the whole book. I’m a fan of Tijan’s books, but Carter Reed wasn’t for me. I wish the end of the book would have had the same draw as the first half or so of it.