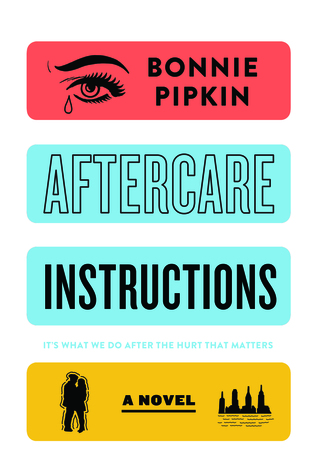 In the tradition of Jandy Nelson and Rainbow Rowell, a big-hearted journey of furious friendship, crazy love, and unexpected hope after a teen’s decision to end an unwanted pregnancy

“Troubled.” That’s seventeen-year-old Genesis according to her small New Jersey town. She finds refuge and stability in her relationship with her boyfriend, Peter—until he abandons her at a Planned Parenthood clinic during their appointment to terminate an unwanted pregnancy. The betrayal causes Gen to question everything.

As Gen pushes herself forward to find her new identity without Peter, she must also confront her most painful memories. Through the lens of an ongoing four act play within the novel, the fantasy of their undying love unravels line by line, scene by scene. Digging deeper into her past while exploring the underground theater world of New York City, she rediscovers a long-forgotten dream. But it’s when Gen lets go of her history, the one she thinks she knows, that she’s finally able to embrace the complicated, chaotic true story of her life, and take center stage.

This powerfully immersive and format-crushing début follows Gen from dorm rooms to diners to house parties to auditions—and ultimately, right into readers’ hearts.

Reading Aftercare Instructions was a bit of a weird experience for me. I entered a Goodreads giveaway for it without having read the blurb. I know that’s a little weird, but I do it sometimes. When I won and received the book, I still didn’t read the blurb. So when I started reading it, I had no idea what I was in store for. Aftercare Instructions was a really sad story. It wasn’t a bawling my eyes out sad, but more of a depressing sad.

Aftercare Instructions, as the blurb states, is about an almost eighteen-year-old girl who finds herself in the tough position of having an abortion. Gen knows having one is the right decision for herself and her boyfriend, Peter. But when Gen walks out into the waiting room after the procedure and finds Peter gone, she’s not so sure about anything anymore.

I’m going to jump right into my impression of Peter. I don’t care what his reasons for leaving Gen at the clinic by herself were, they weren’t good enough. No one should have to go through what Gen did, and then be left to suffer alone. I hated Peter and wished someone would have kicked the crap out of that kid. For someone who was supposed to be so good, he was pretty horrible. I understand his reasoning and beliefs, but Gen deserved better.

As for Gen, I understood her emotions and rationale. I didn’t always agree with the decisions she was making, but I didn’t fault her for them. She made a very tough, adult decision and the ramifications of it hurt. Gen had every right to be as broken as she was. She had every right to do anything she could to feel better.

One truly great thing about Aftercare Instructions was the bond between friends. Gen had a few people on her side that were willing to do everything they could to make sure Gen was in a safe emotional and physical state. They showed up when she wasn’t expecting and took charge. I applaud the author for showing how friends can support each other when a character can’t reach for a parent.

Another really great thing about this book was the way the title, chapter headings, chapters and story all meshed together. Obviously, the title Aftercare Instructions refers to the guidelines Gen needed to follow after her abortion. Each chapter is headed with one of those instructions. That instruction fit what Gen was going through physically and emotionally at the time. By the end of the book, we can see the way all of these instructions and Gen’s actions led to her moment(s) of healing. This was genius. I also really enjoyed the way the author used a play script as the method of delivering Gen and Peter’s past. That was so unique and cool.

Aftercare Instructions is an important book. Never before have I read a young adult novel that so honestly deals with the topic of abortion. Not only does it cover the emotional aspects of having one, but it details the physical. I’m not just talking what happens the moment of the procedure, but also in the week to come. It’s not romanticized. It’s not over and done. This is a good thing. It gives teenagers (and adults) down and dirty look at life after. I think that’s important. It gives girls/women who have gone through it a book they can identify with. Maybe it will give someone who might be making a similar decision peace or make them re-examine the decision they’re making. I don’t know. Like I said, I think it’s an important book.

I do have to admit I had some problems rating Aftercare Instructions — no matter how important I thought it was. I almost didn’t give it a rating at all. How do you rate a book that’s written so well, but wasn’t a fun experience? Honestly, this book depressed the hell out of me and made me so angry at Peter. Those aren’t fun emotions. I ended up giving it 4 stars because I think it deserves to be read.