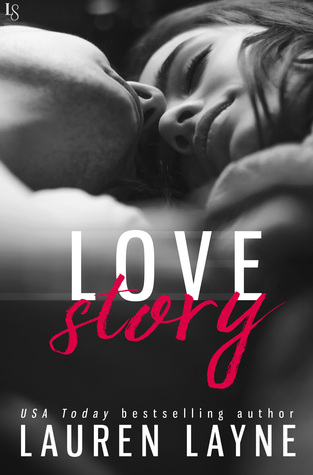 Over the course of one wild road trip, feuding childhood sweethearts get a second chance at love in this charming rom-com—a standalone novel from the USA Today bestselling author of Blurred Lines and Good Girl.

When Lucy Hawkins receives a job offer in San Francisco, she can’t wait to spread her wings and leave her small Virginia hometown behind. Her close-knit family supports her as best they can, by handing over the keys to a station wagon that’s seen better days. The catch? The cross-country trip comes with a traveling companion: her older brother’s best friend, aka the guy who took Lucy’s virginity hours before breaking her heart.

After spending the past four years and every last dime caring for his sick father, Reece Sullivan will do just about anything to break free of the painful memories—even if it means a two-week road trip with the one girl who’s ever made it past his carefully guarded exterior. But after long days of bickering in the car turn into steamy nights in secluded motel rooms, Reece learns that, when it comes to Lucy, their story is far from over. And this time, they just might have a shot at a happy ending.

Lauren Layne is one of my go-to contemporary authors. Her romances are always filled with fun characters and sweet romances. Love Story was filled with both of those things. It also included two of my favorite relationship tropes: falling for the older brother’s best friend and a second chance romance.

In Love Story, Lucy is forced on a cross-country road trip with her brother’s best friend, Reese. Reese isn’t just her brother’s friend, though. He’s also Lucy’s ex and the last person she wants to spend two weeks in a car with. Reese isn’t exactly pleased to be stuck with Lucy either. Their failed romance didn’t just scar Lucy, it tore Reese apart, too. Two weeks on the road together will either mend their broken hearts or kill them both.

Love Story was written in first person dual point of view. I loved this because it gave me a glimpse at both Lucy and Reese’s true feelings about being around each other. I also loved the little memories of the past Layne included. They shed light on what really happened between the two back in high school. This love story wasn’t as simple as I was expecting. There were so many little revelations along Lucy and Reese’s journey. Some I saw coming, but many surprised me.

One of the thing that surprised me was that it took me a long time to warm up to Reese. He was pretty hard-headed. I could understand where he was coming from, but it was hard to empathize with his anger. He created the situation they were in, so I didn’t feel as bad for him as I did for Lucy. Reese had so many hang ups.

Lucy I could completely identify with. She had every reason to be angry with Reese. He broke her heart in the meanest of ways. I could understand and empathize with every feelings and thought she had. Personally, I thought Reese was lucky Lucy had an unconditional love for him that she couldn’t let go of. Lucy was a catch — even when she was being a bit of a witch.

The only thing that bugged me a bit about Love Story was that pretty much the entire book was filled with angst. The love-hate thing between Lucy and Reese was fun, but it went on entirely too long for my taste. I liked the sexual tension it built, but I got a little tired of the dramatics. I wanted their hot nights together to last longer than their hatred of each other.

I did love the climax of the story, though. It was pretty perfect. The way Lucy and Reese resolved their problems was so much fun. And that ending! It totally made me swoon.

Love Story wasn’t my favorite Lauren Layne novel, but it was still a ton of fun. There was some great witty dialog, a believable romance and a swoon worthy happily ever after. Contemporary romance fans will enjoy this second chance romance.