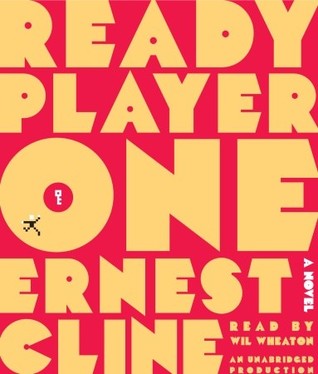 Like most of humanity, Wade Watts escapes his grim surroundings by spending his waking hours jacked into the OASIS, a sprawling virtual utopia that lets you be anything you want to be, a place where you can live and play and fall in love on any of ten thousand planets.

And like most of humanity, Wade dreams of being the one to discover the ultimate lottery ticket that lies concealed within this virtual world. For somewhere inside this giant networked playground, OASIS creator James Halliday has hidden a series of fiendish puzzles that will yield massive fortune—and remarkable power—to whoever can unlock them.

For years, millions have struggled fruitlessly to attain this prize, knowing only that Halliday’s riddles are based in the pop culture he loved—that of the late twentieth century. And for years, millions have found in this quest another means of escape, retreating into happy, obsessive study of Halliday’s icons. Like many of his contemporaries, Wade is as comfortable debating the finer points of John Hughes’s oeuvre, playing Pac-Man, or reciting Devo lyrics as he is scrounging power to run his OASIS rig.

And then Wade stumbles upon the first puzzle.

Suddenly the whole world is watching, and thousands of competitors join the hunt—among them certain powerful players who are willing to commit very real murder to beat Wade to this prize. Now the only way for Wade to survive and preserve everything he knows is to win. But to do so, he may have to leave behind his oh-so-perfect virtual existence and face up to life—and love—in the real world he’s always been so desperate to escape.

A world at stake.
A quest for the ultimate prize.
Are you ready?

I know what you’re thinking. Deanna read a YA science fiction novel??? Yes, yes I did. Well, actually I listened to it, but same difference. And I had so much fun doing it, too. I know, I’m just as shocked as you are.

One of the problems I have reading science fiction is that I’m just not interested in the topics many of them contain. I’m not into stories about science or the future of technology. I’m definitely not into aliens, zombies, or any of the other things that cross between fantasy, horror and science fiction. I don’t like reading about the world ending. So, why would I want to read Ready Player One? First, I saw the cover and was drawn to it. Second, I read a lot of great reviews. Third, I heard about the multitude of 1980’s references. Fourth, Will Wheaton narrates the audio version. It was pretty much the 80’s and Will Wheaton thing that made me give it a try.

Ready Player One was a fantastic book. I was obsessed with the story from the minute I began listening to it in my car. I would find myself sitting in my drive way long after I had returned home. I’m very happy I chose the audio version of Ready Player One. By listening to it I wasn’t overwhelmed by the amount of information I was being given. There was so much to take in, and I think I would have been easily overwhelmed by everything if I was reading it. All the information would have slowed down the pace of the story, but it didn’t in this format. Plus, Will Wheaton did an amazing job narrating. I actually pictured a younger version of him as Wade while listening.

As for the story, it’s really something you need to experience for yourself. It’s wrapped around a future video game called the OASIS and Wade’s quest to win its creator’s fortune. I loved how the story progressed and how action packed it was. The amazing number of references to classic video games and 80’s pop culture were really cool. I wasn’t a teenager like Halliday was in the 1980’s, but I was alive, and I absolutely loved every reference to the decade I got.

I’m not sure what else to say about this marvelous book other than I think you should listen to it, too. Rumor has it a Ready Player One movie is coming, and I’m excited to see what they do with it.

6 thoughts on “Review: Ready Player One by Ernest Cline”