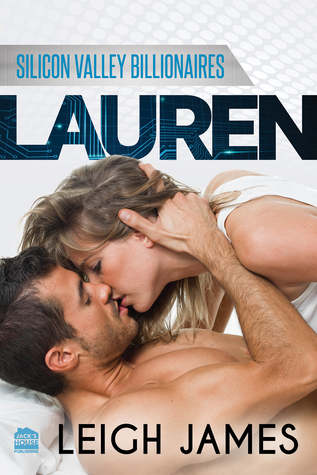 Being a scientist gives Lauren Taylor a purpose in life. At twenty-five, she’s the CEO of a billion-dollar biomedical company, Paragon Laboratories. On the brink of a major discovery, Lauren lets nothing interfere with her work. Until she meets Gabriel Betts, the gorgeous and brilliant CEO of another Silicon Valley startup, and is forced to face her inconvenient and overwhelming attraction to him.

Billionaire Gabriel Betts is a successful scientist in his own right. He’s made his way in the world by being an early adopter and never losing focus. Captivated by Lauren’s brilliance and unselfconscious beauty, he’s determined to win the reclusive female CEO over at any cost.

But what neither Gabe nor Lauren are prepared for is the white-collar danger that’s lurking in Silicon Valley… The danger that threatens not only their companies, but their very existence.

* This is an update to the previously released High Interest and contains significant edits.

I’m not sure if it’s the mood I’ve been in lately or what, but romantic suspense novels haven’t really been my thing. Unless they’re super fast-paced and have a storyline that really pulls me in, they all end just being okay.

I had that experience with Lauren. It was fast-paced and eventful, but I wasn’t into the danger Lauren faced. I felt like it was lacking a little suspense. I’m not sure if that was because I knew how smart Lauren was supposed to be and could get herself out of a jam, or if I just didn’t fall for the storyline.

I didn’t connect well with Lauren. She was immature, and all I could blame it on was her devotion to her job at such a young age. While I really love the idea of a brilliantly smart woman CEO as a main character, I didn’t like that Lauren had to be reclusive. Her inexperience with people and the way she communicated was unattractive. I wasn’t sure what, besides her looks, held Gabe’s interest.

Gabe was your typical alpha male. He took charge from the minute he met Lauren. Gabe forced her to believe in him and give him her trust. That worked well for them as a couple, and brought out a sexy side I wasn’t quite expecting from Lauren.

This review sounds a bit negative, but overall it was a good read. I just wasn’t as into the storyline as I could have been. I think a lot of romantic suspense readers will probably really enjoy Lauren. It just wasn’t for me.