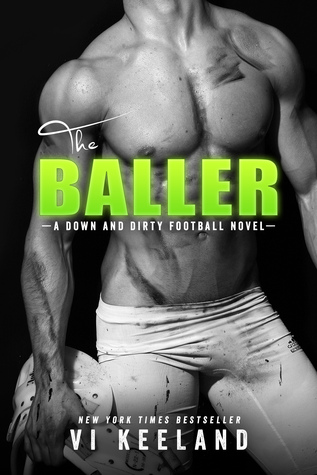 The first time I met Brody Easton was in the men’s locker room.
It was my first interview as a professional sportscaster.
The famed quarterback decided to bare all.
And by all, I don’t mean he told me any of his secrets.
No. The arrogant ass decided to drop his towel, just as I asked the first question. On camera.
The Super Bowl MVP quickly adopted a new hobby—screwing with me.
When I pushed back, he shifted from wanting to screw with me, to wanting to screw me.
But I don’t date players.
And it’s not because I’m one of the few women working in the world of professional football.
I’d date an athlete.
It’s the other kind of player I don’t date.
You know the type. Good looking, strong, cocky, always looking to get laid.

Brody Easton was the ultimate player.
Every woman wanted to be the one to change him.
But the truth was, all he needed was a girl worth changing for.
Turned out, I was that girl.
Simple right?
Let’s face it. It never is.
There’s a story between once upon a time and happily ever after…
And this one is ours.

A couple of weeks ago I read my first novel by Vi Keeland. I was so impressed by her writing. She had a way of combining witty dialog, touching back stories and incredible characters to create a memorable book. I was happy to find that The Baller combined all of these things, too.

The Baller was a fun book to read. I loved the sexual tension that was apparent between Delilah and Brody from the very beginning. They had an immediate chemistry that I wanted to pull them together, despite the digs they took at each other. I could tell from their first volatile interaction that their relationship would be filled with intense passion. Brody had that cocky, foul-mouthed athlete thing going for him. Delilah was more a straight-laced young woman trying to sustain her dream job. I loved how Delilah could keep up with Brody and give back what he gave. Their banter was utterly sexy and witty. I absolutely loved how they fell for each other.

The only thing that would have made The Baller better was more drama. I was surprised the lack of drama in this book, especially at the climax. The entire second half was filled with angst, but the amount of drama never reached the height of the amount of angst. I was on the edge of my seat waiting for something dramatic to happen, but it never did. It was a little bit of a let down. I wanted that big, explosive moment between the characters.

Despite the lacking drama, I truly enjoyed reading The Baller. I loved all of the little secrets and surprised that revealed themselves throughout the book. Brody and Delilah’s relationship may have started out based on sexual attraction, but there was a sweetness to it that I adored. The Baller is a book sports romance enthusiasts will enjoy reading.

6 thoughts on “Review: The Baller by Vi Keeland”