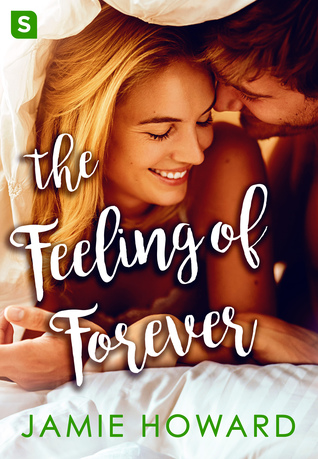 Juliet St. Clair has spent her life under Hollywood’s spotlight. While being America’s favorite girl next door has had its perks, having to testify against her stalker to put him behind bars certainly wasn’t one of them. But when she thinks about walking away from it all, she can’t help remembering the enormous pile of medical bills her family is drowning under. Bills that just keep on coming.

Felix Donovan had it all–stunning good looks, gorgeous women, and a spot as the drummer to a band that’s sitting pretty at the top of the charts. Until one life-altering decision left him paralyzed from the waist down. He doesn’t know whether to laugh or cry when he wins this year’s Sexiest Man award, but the one thing he immediately does is send out a Non-disclosure agreement. Hiding his condition from the public is hard as hell, but he’s not ready to face the world while he’s still struggling to accept his new reality.

Except this year’s Sexiest Woman–Juliet St. Clair–never looks at him with pity, only desire. But falling for Juliet means a permanent spot in the tabloids, a decision Felix isn’t sure he’s ready to make. And when Juliet’s stalker re-emerges from her past, Felix’s secret isn’t the only thing at stake, it could cost Juliet her life.

Juliet is one of my favorite female characters ever. She was such a good person. Her movie star status didn’t turn her into an entitled brat. Instead, she used her stardom for good. I loved the relationship she had with her family and how it made her see the world. I loved how it made her see Felix differently than other celebrity women might have. Even in her worst moments, Juliet put others first.

Felix could have been a frustrating character to read about, but Jamie Howard ensured that he wasn’t. His new path in life was tough and he hadn’t given up, but he wasn’t quite living to his full potential. Meeting Juliet changed his life in a good way. She gave him that little push he needed to get out of his own head.

All of the supporting characters in The Feeling of Forever were fun, too. I hadn’t read the first book in the series, but it didn’t really matter. The Feeling of Forever didn’t give away much from it. I was also still able to make connections with the characters that originated in that book. It was like reading a standalone novel, but it made me excited to go back and read All the Ways You Saved Me and any upcoming books in this series. I’m hoping there will be several more!

The only complaint I can see anyone making about this book was that it was a little predictable. That didn’t bother me. I had so much fun waiting for the story to unravel and reveal what I thought the outcome would be. There were still little surprises in store along the way.

New adult fans need to get their hands on this book when it comes out! I can’t rave enough about how much I enjoyed The Feeling of Forever. Jamie Howard has a new fan.

8 thoughts on “Review: The Feeling of Forever by Jamie Howard”