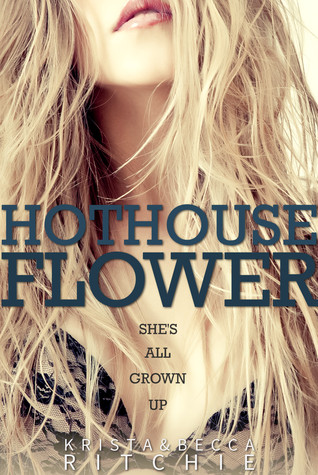 Twenty-five-year-old Ryke Meadows knows he’s hard to love. With a billion-dollar inheritance, a track-star resume, and an alpha-male personality—he redefines the term likable asshole. But he’s not living to make friends. Or enemies. He just wants to free climb three of the toughest mountains in Yosemite without drama or interruption.

And then he receives a distressed call from a girl in Paris—a girl that he has never been allowed to have.

Daisy Calloway is eighteen. Finally. With her newfound independence, she can say goodbye to her overbearing mother and continue her modeling career. Next stop, Paris. Fashion Week begins with a bang, and Daisy uncovers the ugly reality of the industry. She wants to prove to her family that she can live on her own, but when everything spirals out of control, she turns to Ryke to keep her secrets.

As Daisy struggles to make sense of this new world and her freedom, she pushes the limits and fearlessly rides the edge. Ryke knows there’s deep hurt beneath every impulsive action. He must keep up with Daisy, and if he lets her go, her favorite motto—“live as if you’ll die today”—may just come true.

Since the moment Ryke met Daisy, I knew they were going to fall for each other. I wasn’t sure how or when it was going to happen, but the writing was on the wall. I have to admit, I didn’t think I would enjoy their story. I was worried (just like everyone in the story) about their big age gap, and that they would get together before Daisy was an adult. I should have known to trust Krista & Becca Ritchie to craft a story that would have me falling in love with their relationship. They hadn’t let me down before, and they didn’t this time.

This book begins a couple of years after the end of Kiss the Sky, giving Daisy a chance to reach the legal age of eighteen. The normally happy-go-lucky girl isn’t so happy anymore. Daisy’s still stuck under her mother’s thumb, modeling and hating it. Add to that sleeplessness and night terrors, and she’s close to falling apart. Luckily, she has her trusty old friend Ryke to take care of her. Ryke’s been a complete gentleman since they met, but Daisy can’t help but wish for more.

Hothouse Flower might just be my new favorite book in this mash-up of the Addicted and Calloway Sisters series. As complex as Daisy and Ryke’s relationship was, there was something so simple about it that I loved. They got each other. Ryke’s ability to support Daisy in any way she needed was really cool. He understood her so well. Ryke knew what she needed even when she didn’t. And no matter what, he had her best interest at heart — even if it killed him at times. Ryke’s the type of person everyone should have in their life.

Daisy was a sweet young woman. She would do anything to make those around her happy. I loved seeing her realize that her happiness mattered, too, and that she didn’t owe anyone anything. Once she found her happiness with and through Ryke, she wasn’t going to let anyone ruin it.

Hothouse Flower was so much fun to read. I loved getting to know these two better and falling in love with them as a couple. I’m looking forward to seeing more of Raisy and their adventures in upcoming books.