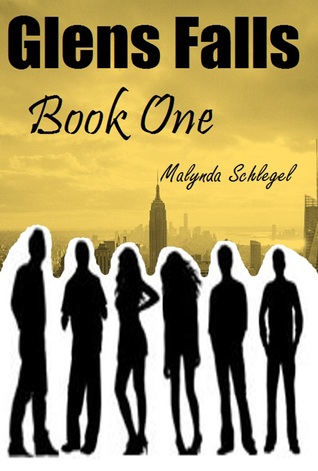 Lives intermingle in a city where nothing stays the same.

Alexia Amherst is a writer who prefers to keep people at a safe distance. Her fraternal twin brother Wesley is lost about what to do with his life and harboring a devastating secret he can’t move on from. The two siblings live with their parents, Grant and Sophia, who are a little too attentive for their liking and who have taken up arguing as their latest hobby.

Breanne Emerson, Alexia’s best friend, is an artist and social butterfly who fears she’s going to end up like her mother Virginia who loves to drown her sorrows in booze and men.

Connor Spencer is the mysterious guy who lives alone in his own apartment, away from his family. Like Wesley, he is uncertain about his future, and like Alexia, he doesn’t let too many people close to him. His best friend Travis Jennings believes the key to all of life’s problems is women and endless entertainment.

Jared Clowes is the lonely boy next door to the Amhersts who is tired of going unnoticed and wants to finally start living a life outside of his head.

Join Alexia, Wesley, Breanne, Connor, Jared, and Travis as they struggle with college, jobs, friendship, love, growing up, their family’s lives, and each other.

Glen Falls: Book One kind of reminded me of a contemporary Game of Thrones without the death, dismemberment, wars and multiple locations. It was filled with multiple interconnected character arcs which alternated smoothly and often. Reading it almost felt more like watching a television show instead of reading a book.

In Glen Falls: Book One, we first meet the Amherst family. Alexia is a brash, verbally combative writer who is just beginning college with her remorseful twin brother Wesley. They live with their parents, Grant and Sophia. Grant is struggling with the possible loss of his father and unhappy with life in general. Sophia is in the middle of switching workplaces and trying to build up clientele. They are in different places and struggling to save their marriage.

Next, there’s Alexia’s best friend Breanne Emerson and her mom, Virginia. Breanne and Virginia’s relationship is strained because Virginia puts her relationships before Breanne. Breanne isn’t willing to share her mother’s attention and is doing everything to get it. The only thing making Breanne happy is her new relationship with Connor.

Connor is a college student with Breanne, Alexia and Wesley. His best friend is Travis and Alexia isn’t fond of either of them.

Finally, there’s Jared. He lives quietly next door to the Amhersts. He likes Alexia, but isn’t fond of how she treats people.

Basically, this book goes back and forth between each character and you get snippets of what is happening in each person’s life and their relationships. It was interesting to read, but each arc took a while to build with all of the switching. The book felt slower-paced than it actually was because of this. It also ended with a mini cliffhanger for each character.

All of the characters were well-developed and complex. Each had a definitive voice and struggles. While I thought their storylines were interesting, I didn’t actually connect with or like most of them. They were all so self-absorbed. I especially couldn’t stand Alexia’s standoff-ish personality. I wouldn’t have wanted to be her friend. The only one I really liked was Wesley. I was very interested in his storyline. I would have liked more of it and less of some of the other characters.

Glen Falls: Book One was a tough book to rate because while I didn’t really enjoy the characters, I liked most of their storylines. In my opinion, it’s a 3.5 star read. I would recommend this book to readers who enjoy dramatic books with interconnected characters and plots.